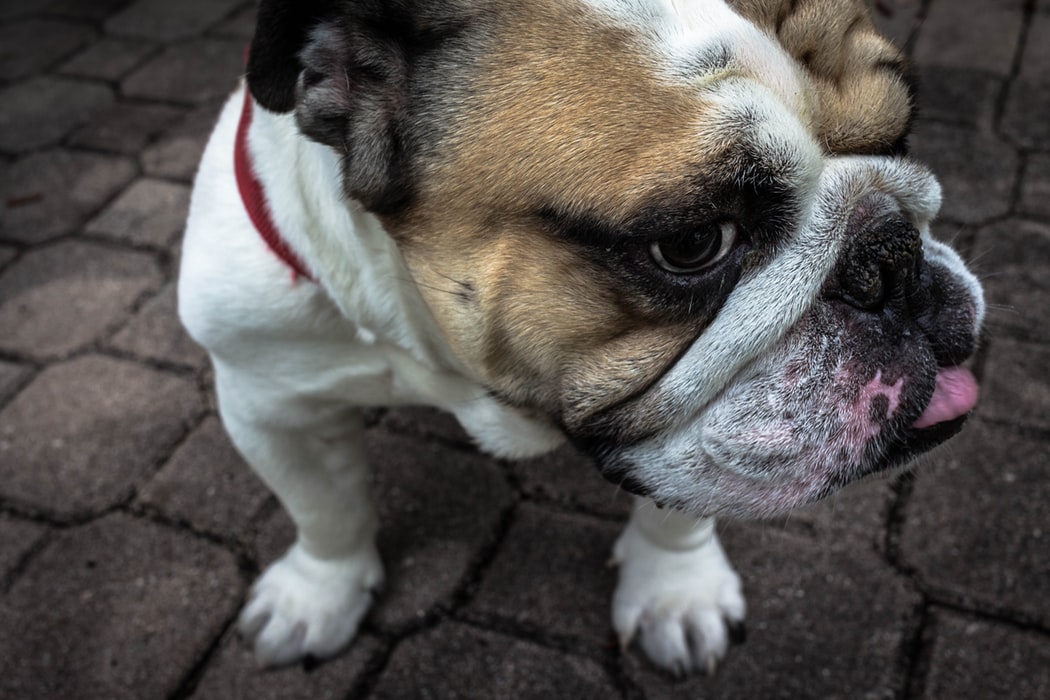 There are a lot of people out there trying to tell you to step away from screens. Productivity and personal development experts are quick to blame social media, in particular, for focus issues, trouble sleeping, anxiety, and so much more — and we can’t say that we totally disagree! Our phones and social feeds have taken over quite a bit of our brain space, and it can never hurt to be a little more intentional about how much time we spend scrolling through photos and videos from people we’ve never met.

We never said that you need to cut back on scrolling through photos and videos from dogs you’ve never met, though. More specifically, bulldogs.

We’re always on the lookout for the cutest smooshy faces on the web, and it just wouldn’t be right for us to keep those findings to ourselves. Keep scrolling for six awesome Instagramming bullies who totally deserve your follow. For the record, we don’t think there’s anything wrong with you spending lots of time on social media if it means befriending these pups.

Mondays are better on cots

1. @manny_the_frenchie: With 1.1. million followers, Manny is the world’s most followed bulldog — he even has that fancy little blue check mark next to his Insta handle! (You go, Manny.) He’s also an author, the star of a wall calendar, and calls himself a “philanthro-PUP.” Basically, what we’re trying to say is that if you’re into Manny, there’s a whole lot of him to go around. He also knows how to take a great photo (or his owner does), and can be found on his feed snoozing on various cots and hammocks, riding skateboards, and hangin’ at the beach.

Would you Hawaiian Tropic my fupa for me? I can’t reach. #goldendeliciousness

2. @banethebulldog: This English bully is a poster child for body confidence. The proud owner of a “big fupa” and of the #shapeofbane hashtag, he’s not afraid to put it alllllll out there — and since we’re doing everything we can to dispel the rumors that there’s only one kind of “yoga body,” we’re all about it. Check out his many adventures in big brotherhood, road trips, and snoozing on Instagram.

Witch one looks cuter? Should we taco bout it? #itme ❤️

3. @bulldogholly: This feed started with one English bulldog, but Holly has since doubled the fun, bringing her pal Harper into the mix… and their bio alone will make you LOL. Holly and Harper are billed as “two white chicks,” and they describe themselves as the “Head Basic Betch in Chicago” and an “Annoying Vegan with a Licker Problem,” respectively. Dogs with hilarious personalities? Sign us up. These ladies also look great in costumes and they’re not afraid to flaunt it.

4. @bennythefrenchienyc: Benny may have been a New Yorker when he became an influencer, but like so many celebs, he’s since gone bicoastal and now spends much of his time in Los Angeles. If his hilarious photos are any indication, he’s a fan of tennis balls, frolicking in the sand, and, well, tennis balls (did we mention that?). There’s no way you don’t fall head over heels in love with this beach bum.

5. @axel_theawesome_englishbulldog: You don’t just get 28 thousand followers on Instagram — you’ve gotta earn it, and Axel the English bulldog has done just that with his good style and classic good looks. Axel’s sister Ava makes frequent appearances on his feed, and their awesome captions make it very clear that these two are more than just pretty (wrinkly) faces. They also have a sense of humor!

6. @lola_pepe_frenchies: One of our favorite things about this yoga community is the power it has to build lifelong friendships, and Frenchie pals Lola and Pepe are living proof of what happens when two bulldogs buddy up. Catch them doing pretty much #allthethings together in their home country of Estonia. They might even inspire you to reprioritize your own friendships!