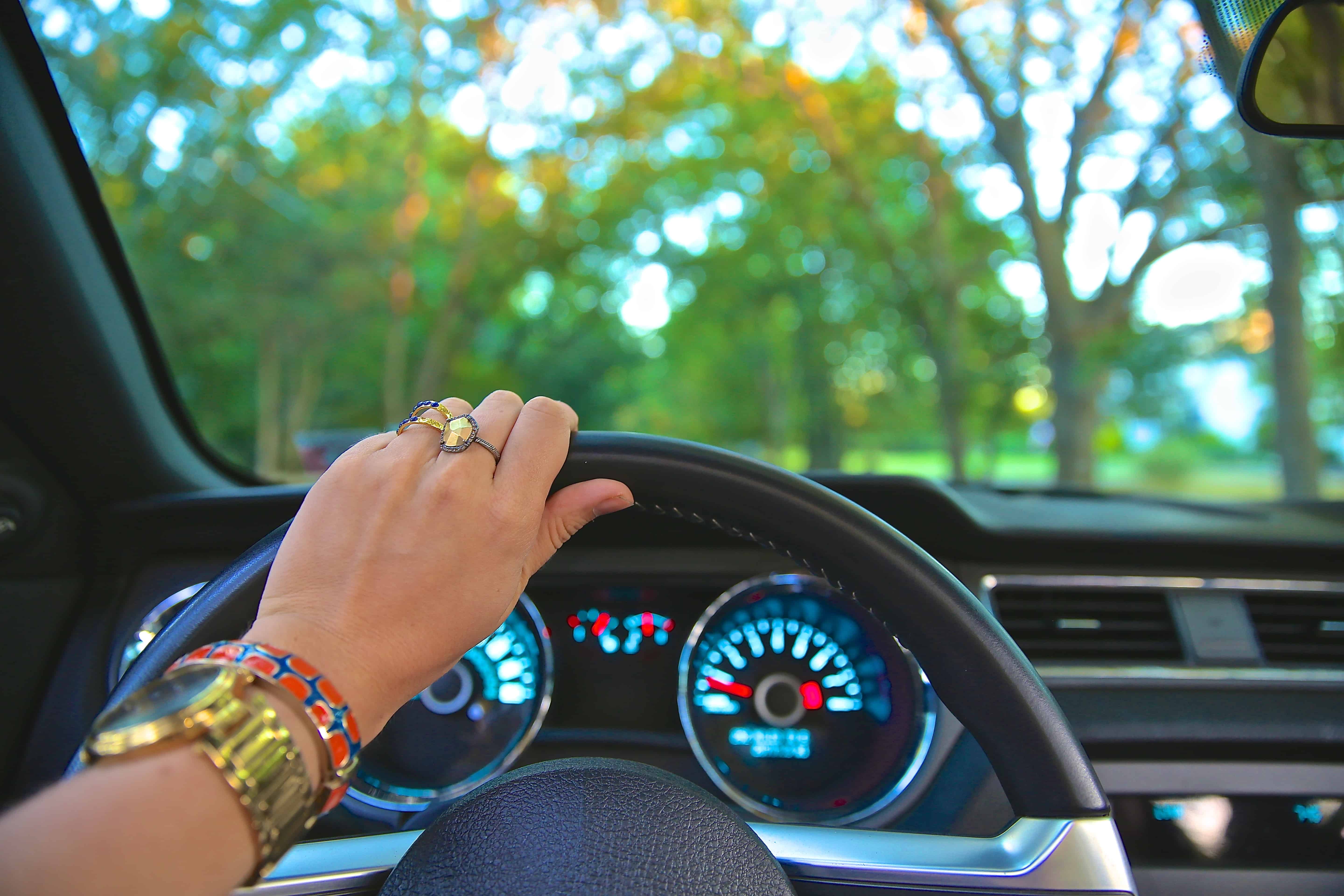 Bumper stickers are the ultimate road trip conversation piece. They can be a hilarious (sometimes poignant) window into the soul of a car’s owner, a humble brag to an alma mater, an ironic hint as to how many children are in your family, or just something you saw at a gas station and picked up — no judgment, obviously. And while bumper stickers are meant officially to stick to the back of your car, most are now made as decals, so you can use them to make a controversial or clever statement just about anywhere.

We’ve rounded up nine yoga- and fitness-themed bumper stickers that we think would make a smashing addition to just about any surface in your life. Stick one of these to your bumper and you’ll immediately become the funniest yogi in the parking lot.

And if you’re not really a hardcore yogi? Who needs to know? These stickers are pretty awesome, anyway. 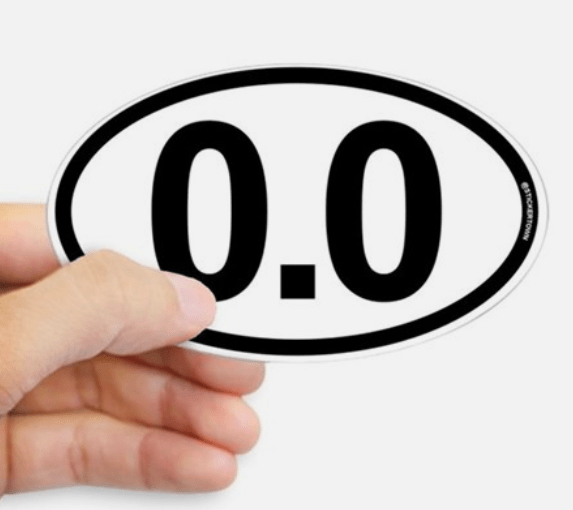 1. 0.0 Marathon Runner: You’ve seen the inspiration for these stickers around. You know — the ones that let you know that the person inside the car is a superstar runner who’s logged more miles on foot (and quickly) than you’ve logged behind the wheel? (If you’re not sure what we’re talking about, picture the design of the sticker above with the numbers 26.2 or 13.1 to indicate the completion of a marathon or half marathon, respectively.) We have no beef whatsoever with the runners out there — more power to ya! — but we can’t help but LOL at the idea that the rest of us can own our lack of mileage with a similar decal. 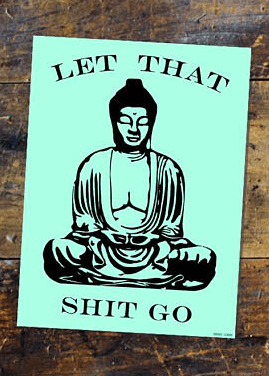 2. Let That Shit Go: Aside from the numerous physical benefits that come with a great session on the mat — particularly one of the bulldog variety — there are plenty of emotional lessons we can learn from the practice, too, not the least of which is the idea that sometimes, you’ve just gotta let that shit go. We firmly believe that this sticker belongs on the back of your car, hanging in the windows of your house, wallpapered across your laptop, and stuck smack in the middle of your bathroom mirror. What a helpful reminder that there are a lot of unimportant things in life that are much better let goooo. 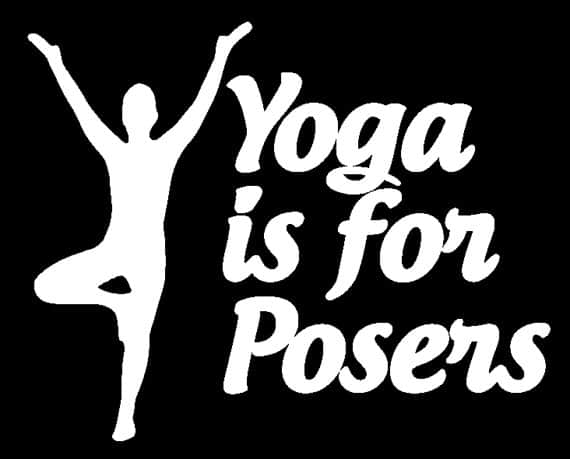 3. Yoga is for Posers: No list of bumper stickers would be complete without a cheesy pun or two, and what’s hokier than a “posers” play on words for yogis? Naturally, we don’t love the potential implication that yoga lovers are inauthentic, but anyone who’s in the know will understand why this is clever… and our whole bulldog fam is in the know, obviously. 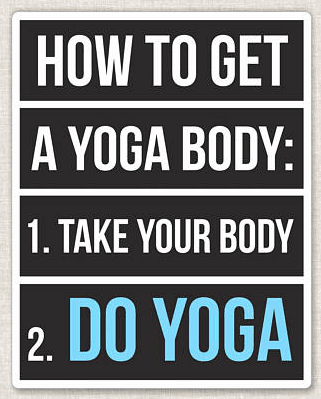 4. How to Get a Yoga Body: Can we get an amen on this one? We’ve been saying it for years! Sure, we blush a little when we hear people talking about the sheer fierceness of a yoga bod, but we also have to bite our tongues to avoid screaming out, “You can get one, too!” It’s really as simple as getting yourself to a mat and putting some real sweat equity in on behalf of your health. And since you can do this online, you really have no excuses. You, too, can get yourself a yoga body, people!

5. Ask Your Doctor: It’s a bold move and we may not be card-carrying medical professionals or anything, but we’re going to go ahead and speak for your doctor and let you know that getting off your ass is probably perfectly right for you. Every body is different, and we know that an intense workout might not be appropriate for everyone, but even the lightest, simplest movements can do a body good.

6. I Heart Yoga Pants: Has a more universal statement ever been made? Doubtful. This bumper sticker would be perfectly appropriate on anyone’s car — yoga enthusiast or not. And that bootylicious heart! Call us obsessed. 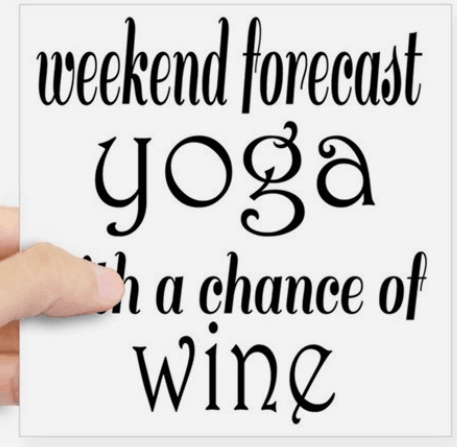 7. Yoga and Wine: In case we haven’t made it perfectly clear yet, we think you should know that we’re fun. A perfect weekend for us would probably involve both yoga and wine, and possibly in equal parts. And why just stick to weekends? This sounds like the forecast for a pretty flawless weekday staycation, too. 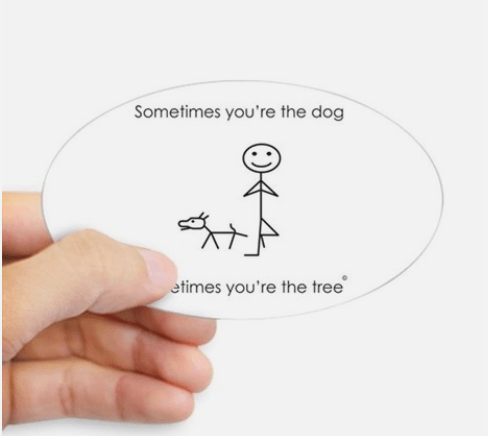 8. Sometimes You’re The Dog: A play on the saying “Sometimes you’re the dog, sometimes you’re the hydrant,” this sticker gives an extra vote of confidence to anyone standing in tree pose and a funny (but more subtle) nod to anyone in down- or up-dog. Also, there’s a dog involved, so you can bet that we’re into it. 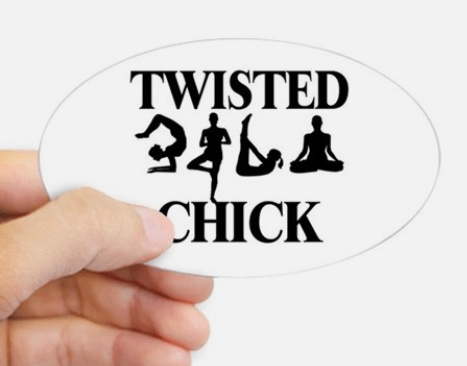 9. Twisted Chick: With enough years of practicing yoga, anybody could get twisted… physically, at least. Mentally, emotionally, or otherwise? We couldn’t say.