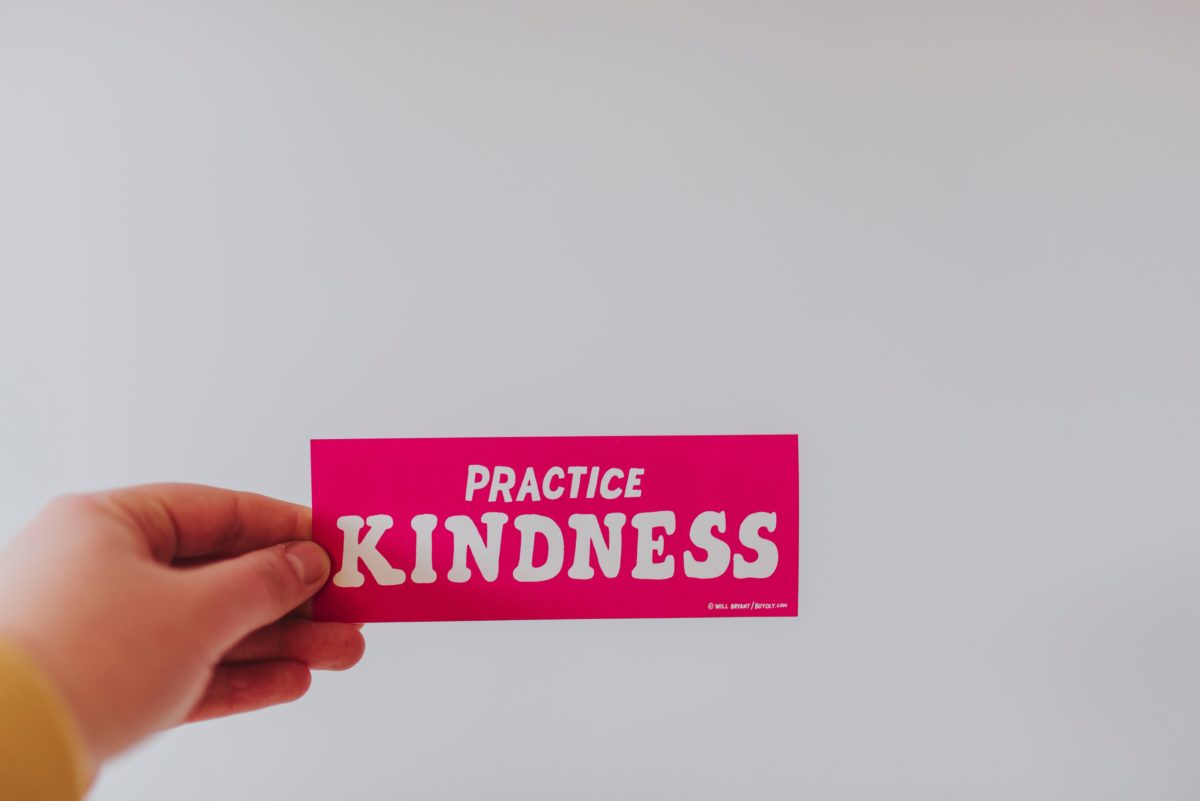 If someone were saying nasty things about your pal, you would step in to defend them, right? Right.

You get a fired-up feeling in your gut anytime you hear someone you love being put down, and that’s really cool of you. But if that’s the case, we have a question:

Why do we make it OK to say nasty things about ourselves?

Most of the time, it probably happens without you even realizing it. You’re telling a story about something that happened recently or making a joke, and without thinking, you’re making tiny little digs at yourself. Bulldoggers — that’s pretty messed up. All we can do is our best, and you’re being unfair (to you!) when you break yourself down.

Speaking only kind words about yourself is bound to take some time — especially if your sense of humor is of the especially self-deprecating variety — but you can start small by eliminating these six words from the vocabulary you use to describe you and your life. Consider us being your friends and standing up for you!

1. LAME: Okay, so maybe you’d rather stay in on the weekends than go out with friends, or maybe you prefer a salad to a hamburger. No one else will have a second thought about it (let alone think it’s lame!) if you don’t bring it up in the first place.

2. LAZY: Loving the occasional Netflix binge or being prone to sleeping in on the weekends are hardly crimes, so stop punishing yourself for them. If, on the other hand, you feel like you might really need a kick in the butt because you’re, well, technically lazy, then stop talking about it and make a change. Get off the couch and make some stuff happen instead of putting yourself down.

3. DIFFICULT: You have high standards! You expect the best! You hold people accountable for their actions! You ask lots of questions! These traits only make you difficult if you’re rude about them. We assume you’re not rude, so we beg you to stop calling yourself “difficult.” The world would be a better place if we didn’t feel the need to apologize for having high expectations and joking that we’re hard to get along with because of it.

4. ANNOYING: If you were really so annoying, would you even have people hanging around to have the conversation with? Doubtful. Give yourself a little more credit! Chances are that if you have an annoying habit, you’ll hear about it eventually from a friend or family member. You can deal with it from there.

5. STUPID: Didn’t you learn your lesson on this one when you were a kid? Can’t we just continue to ban the word stupid in all contexts? You’re not stupid because you made a mistake in a meeting or because you would take back a certain decision you made in a recent relationship. These things happen! Don’t let them make you question your smarts.

6. WEIRD: Embrace your quirks. Celebrate your uniqueness. Talk up the things that make you special. But the word “weird” has a more negative connotation, and we don’t want you to use it anymore… even if you feel like you might actually be a little weird. When you describe yourself this way, others might think that you’re making a (not-so-positive) value judgement about your coolest, most distinctive characteristics. Wouldn’t you rather them see you as owning them?