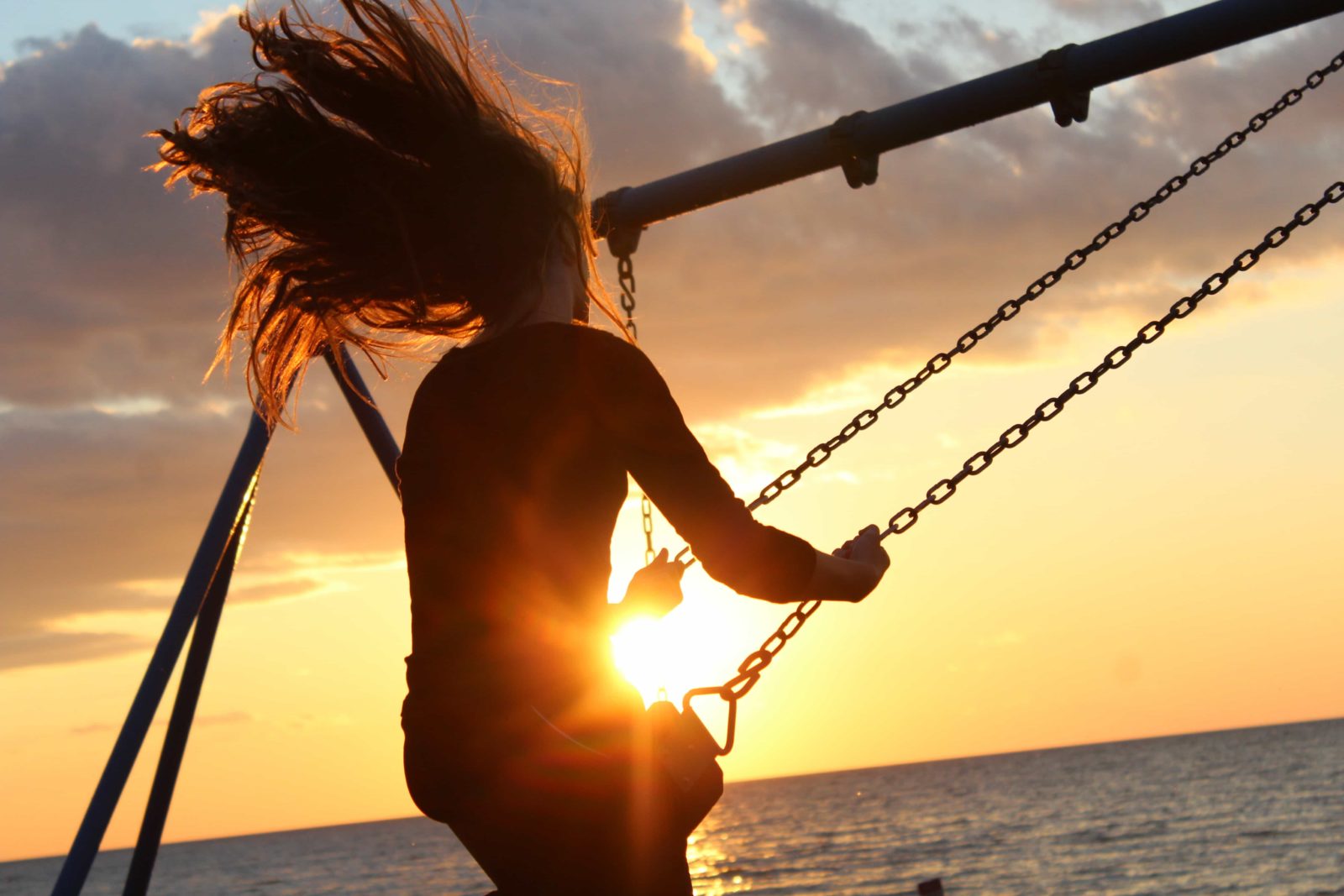 In our experience, pursuing that perfect level of contentment in life, work, family, relationships, health (and basically everything else) usually feels more like tackling a jungle cat or fighting Gracie for a dog treat. It’s hard to have it all together — and happily.

We listened to an episode of the TED Radio Hour podcast called Simply Happy to see what we could learn about how to enjoy life (and, ideally, look good doing it). The experts interviewed on the show seem to agree that it’s actually a lot easier than it can often seem. Here are six tips from the pros on how to get your happy on.

1. Cut down on the mental multitasking. Like any researcher worth his weight in graphs and stats, Matt Killingsworth tried to break down the path to happiness with (you guessed it) science. A few years ago, he launched a project called Track Your Happiness, which is essentially an app that checks in with subscribers on the reg to gauge how happy they are and why. In addition to providing its user base with what can feel like an inexpensive alternative to face-to-face therapy (if only all therapy was that mobile!), the Track Your Happiness project has helped Matt collect tons of data about what makes people really content. What’s the verdict? People with wandering minds always feel less happy than people who are engaged with the task or activity in front of them. Based on Matt’s results, even people who were commuting (seriously, ugh) were happy when they didn’t report feeling distracted by other things. Happy on a commute? Hard to believe, but makes you want to give this whole “refocusing” thing a try, right?

2. Slow it down. When writer Carl Honoré first saw an advertisement for “One-Minute Bedtime Stories,” his initial reaction (like yours) was: finally. Carl had found himself rushing through The Cat in the Hat more than a few times, and this speed reading alternative felt like the perfection solution for him and his son. Later, though, he realized that the one-minute stories were the wake-up call he needed in order to slow things down in his life. “I’m living life instead of racing through it,” Carl says in his TED talk — and guess what? He’s a lot happier for it.

3. Simplify, simplify, simplify. At the age of 28, designer Graham Hill had already sold his web company in a $10 million deal. As seems kind of natural, he celebrated with a new house, a cool car, and a collection of electronics that was shockingly ahead of its time (Graham had one of the first MP3 players!). In a whiplash-inducing change of heart, though, Graham decided several years later that what he really needed to be happy was less. He sold most of his belongings, designed a versatile 426-square foot apartment in which almost all of the surfaces fold into the walls, and launched a new career built on helping people edit their lives. “What really matters is connections and relationships,” Graham says in his TED talk. “Your space and stuff should support that.” (Kind of makes us want to do a massive closet overhaul…)

4. Make your own happiness. You’ve probably seen this phrase printed on T-shirts and inspirational plaques, but Harvard psychology professor Dan Gilbert genuinely believes that this is the secret to a happy life — and there’s a science to it. The human brain is hard-wired to find happiness, but it’s also hard-wired to anticipate that bad experiences will turn out much worse than they actually do. Dan’s theory is that “our longings and worries are both, to some degree, overblown” because, ultimately, we’re biologically able to get to a certain baseline level of contentment regardless of what we experience. This whole idea pretty much kicks any excuse anyone ever had to wallow straight in the butt.

5. Stop, look, and go. David Steindl-Rast, a monk from upstate New York, says that gratitude and happiness go hand in hand — but that the former always comes before the latter. He also believes that finding gratitude in every moment is as simple as the trick most of us do automatically when we cross a street: stop, look, and go. Stop and observe all of the great things that have already been given to you before moving forward in your daily routine.

6. Have perspective. For Pharrell, who quite literally wrote the song on happiness, it’s really pretty simple (and actually very similar to Brother David’s philosophy). “Just be appreciative,” Pharrell told NPR. Got it, Pharrell. Got it.

***Don’t forget to subscribe to the bulldog blog so you can get e-mail notifications about every new post!***